All this sweet mama wanted for her session was a little bit of sunshine. When we all got to Discovery park the sky was a decided gray. An unwavering blanket of clouds. The forecast had promised sun…I had checked it everyday all week. We soldiered on, not entirely surprised that Seattle’s weather was unpredictable in late September and frankly I was just glad that it wasn’t pouring. (Although I do love shooting in the rain, especially when kids are puddlejumpers!)

I believe in the power of wishing. That dreams have a way of manifesting themselves. And this mama, she was wishing and dreaming for sun.

Halfway through the session the clouds parted and the sun poured through and everything fell into place. It was absolute magic. It was a perfect moment of laughing kiddos and smiling parents and beautiful light and even more beautiful love emanating from the family for each other. It’s the kind of moment that I live for as a portrait photographer. The kind of moment I cherish. A moment of sun just for the Owens family <3

This is my time of year, I  can feel the shift in the air. The fall is lingering with the summer in a beautiful dance, vying with each other to control the weather. This session was one of my last summer ones. We hid in the shade from the strong sun and played in front of the hydrangeas in full bloom. These two girls are so full of personality. So polar opposite and yet so similar. What a beautiful thing is <3

When I was seventeen years old I got on a yellow school bus for the first time in my life and headed off to Nathan Hale, the third and final high school I attended in my teen years.

I was nervous for a lot of things…would the other kids like me. Where would I eat lunch. Was this outfit as cool as I though it was this morning. What would my classes be like.

One class in particular had captured most of my thoughts. Photography class. I had signed up for it because an art credit was required and frankly I was too embarrassed by how terrible at art I was to do something like paint in public.

I was excited for photography though. More excited for that class then anything else about going to a new school. As that yellow school bus crossed the Ballard Bridge I snapped photos in my mind. I noticed the rose bush that blurred by, the kids running in the field to the left, the sun reflecting off a lazing sailboat.

After I had shot my first roll of film I found myself in the dark room a week later. I stood in front of my enlarger carefully watching the timer tick down. I placed the paper in each of the chemicals like you were supposed to. Then it happened…my entire life changed. I will never forget the magic of that first photograph in the developer. Never forget how the image slowly appeared. A picture of my brother sitting on the steps with a skateboard in our back yard. I actually teared up a little. I was euphoric. This was the closest thing to a miracle that I had ever witnessed. From then on I was hooked.

I remember bringing that first photo to Mr. Kuhns. He gave me 50 out of 50 points and wrote “Very Nice!” on the back.

Mr. Kuhns was the best teacher I ever had. He believed I could do photography so I did it.

He put my work in gallery shows. When I decided that I wanted to intern for a photographer as my senior project he helped me put together a portfolio. When I told him that I thought I maybe wanted to do photography with my life he told me to go to The Brooks Institute of Photography.

So I did go to Brooks. My mom and I got on a plane and visited the school and I came home sunburned and convinced. He went with me to pick out my first digital camera that was required for my new school.

Mr. Kuhns gave me the tools to do what I love in life…and that is all you could ever ask for in a teacher.

A few weeks ago he said that his two granddaughters were in town and that he wanted me to photograph them. I leaped at the chance.

That shoot meant more to me than I can explain. It felt like coming around full circle. Going back to my roots. It reminded me of when I first fell in love with photography. Mr. Kuhns and his lovely wife came to the studio for the image premier and I was shaking with nerves. I wanted to do a good job on this…wanted them to still think that I could do photography. I felt like I was 17 and in high school again. When they liked the pictures I was so happy. He always thought I could do photography….so I do.

There is something magical about photographing a family in their own home. Home has a special magic that can’t be duplicated anywhere else. It has a comfort an ease about it. This sweet family invited me into their house to photograph their recently expanded family. The older girls were so sweet and so obviously infatuated with their new little brother. It made me long for the days when I was little and my brother was even littler. When jumping in the rain soaked grass was the greatest thing ever.

It was a beautiful sunny day in Santa Barbara, a phenomenon not at all unusual for the pretty town. I woke up with a stomach full of butterflies (I still get nervous and so excited before every wedding and every session I shoot) and started going over the game plan for the day with one of my best friends/favorite assistant; Lauren Kanegawa. We had both traveled for this wedding and we were so excited for the day to finally unfold.

Tera and Kirsten are so beautiful and their love is even more so. From the first look on the day flowed naturally with so much laughter, so much fun, and so much color. The wedding colors were bright pink and orange and it was a perfect fit for their personalities. Kirsten and Tera  were both always ready to dance and always grinning from ear to ear. The day radiated joy. I am so grateful to have been able to capture their love, so thankful to have been given the chance to freeze their laughs for them. A huge thank you to Lauren for driving down from Sacramento to help me photograph this amazing wedding! You can see more of her work here: http://www.laurenkphoto.com/

Without further ado, here is Kirsten and Tera.

Emma cries when you pick her up because she has learned what Henry David Thoreau knew all along: that all good things are wild and free. Her parents call her Freebird as she runs through flower fields laughing and chasing bubbles. Emma is magic. A whirlwind of curls and giggles. A giver of wildflowers she picked herself.

Maddox is a total sweetheart. So helpful, curious, polite. His laughter is infectious and he transitions so easily from pine cone wars to serious discussions of soccer camp. He is always my assistant and always a wonderful buddy to have around.

It’s been a beautiful year of watching these adorable kiddos grow and change. I’m so sad it is over but I can’t wait to continue to capture this fantastical family! 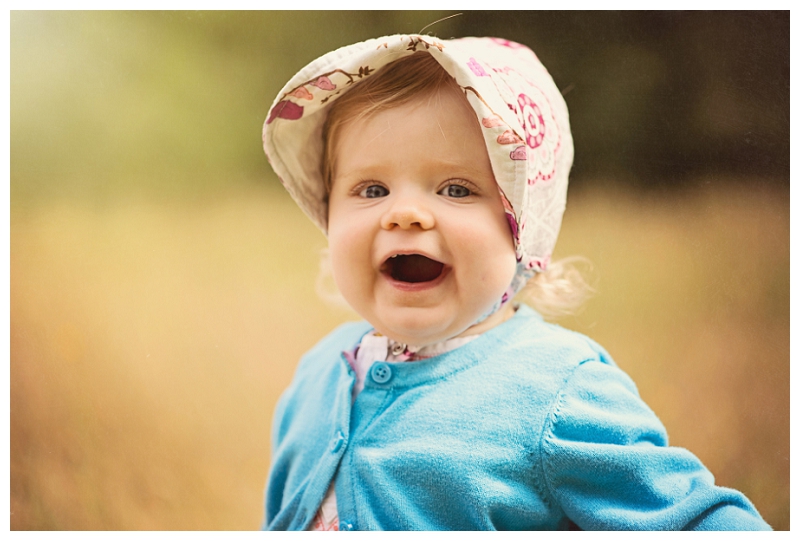 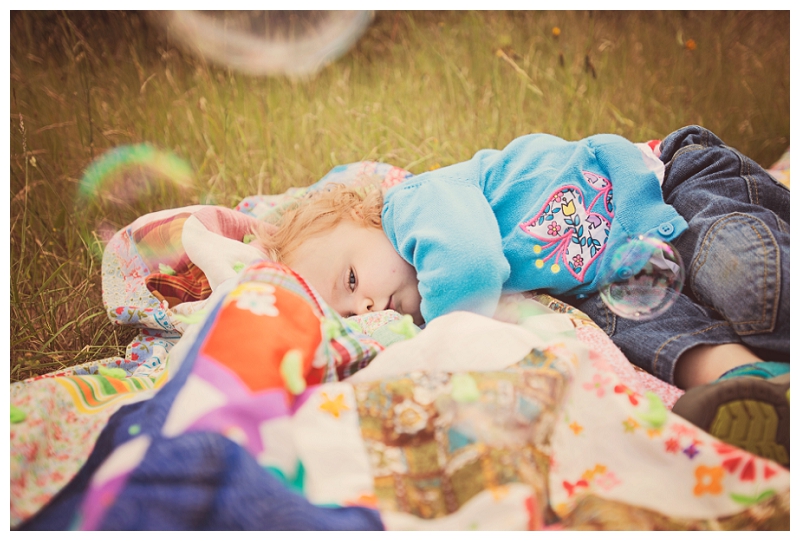 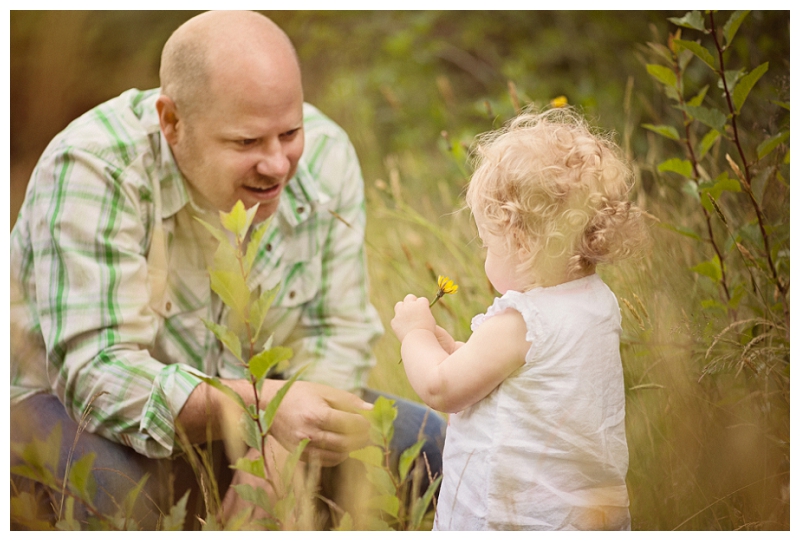 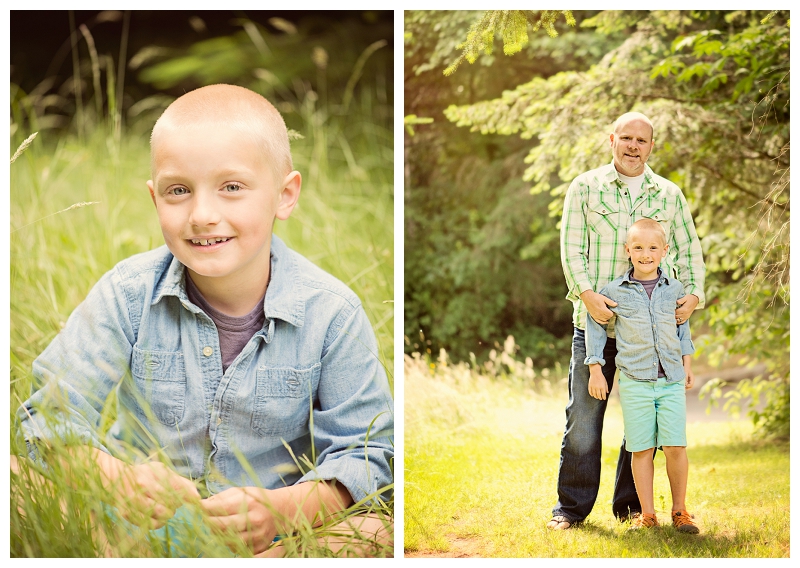 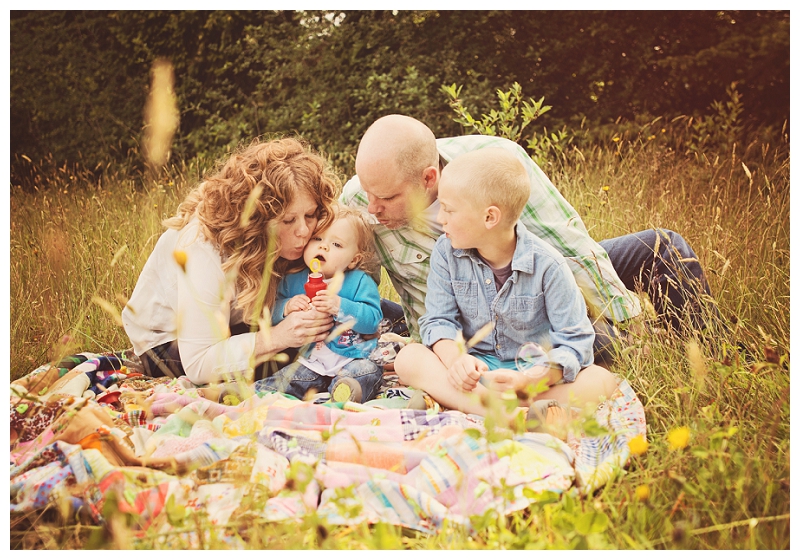 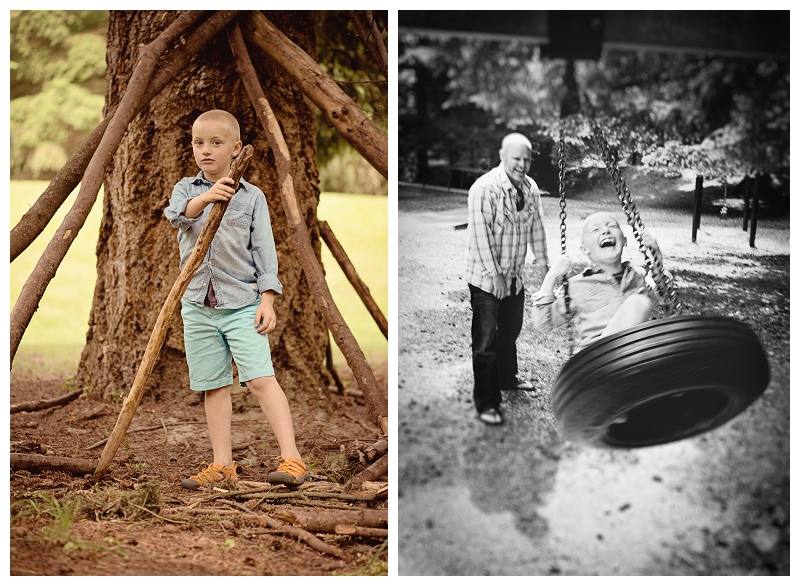 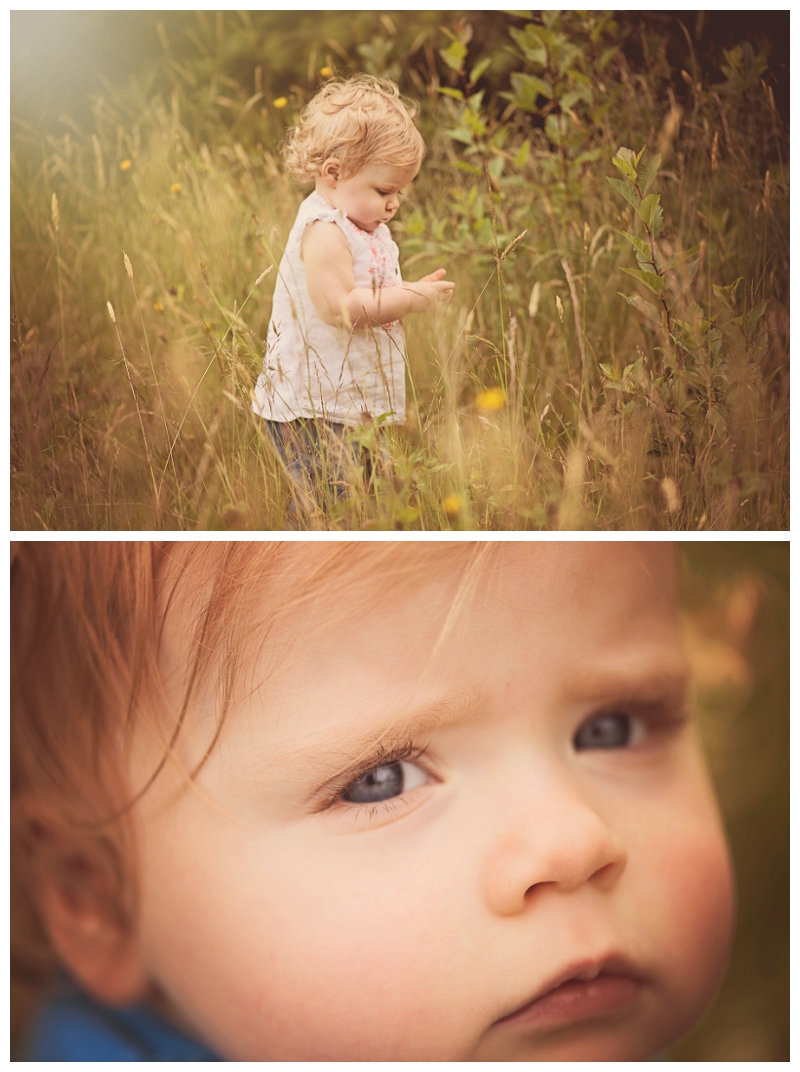 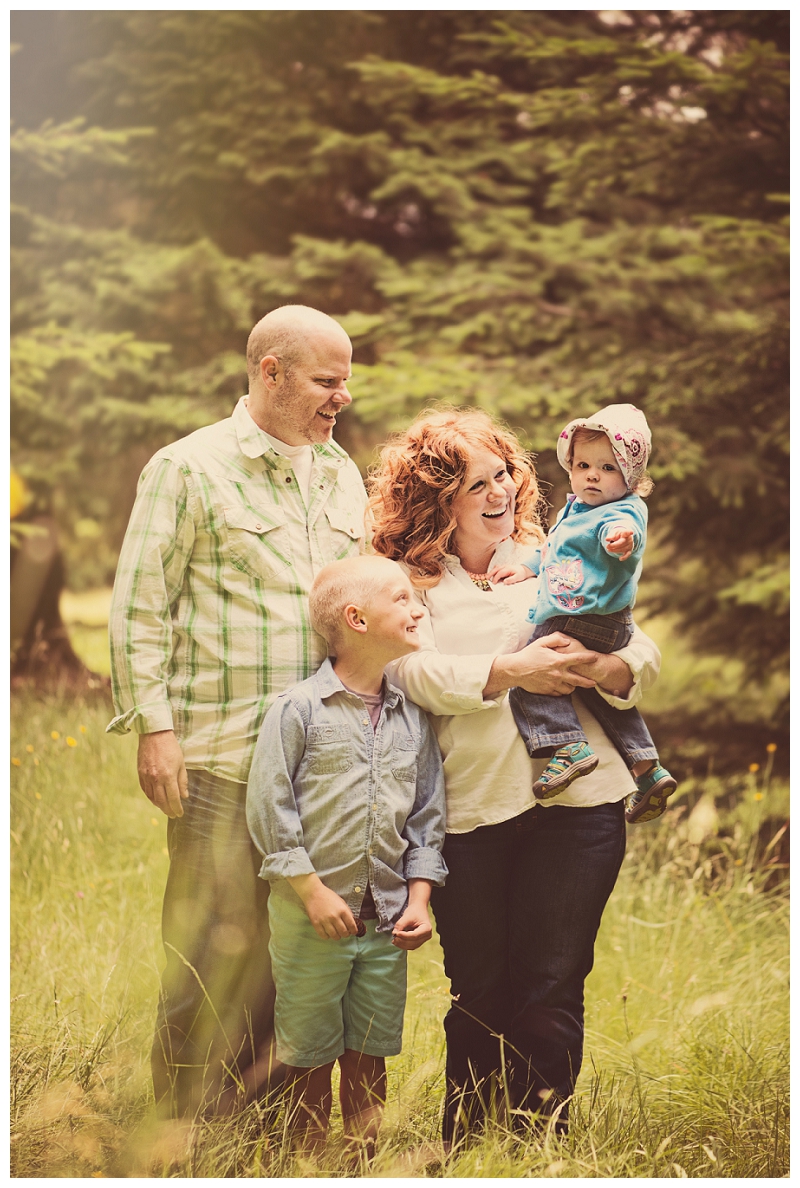 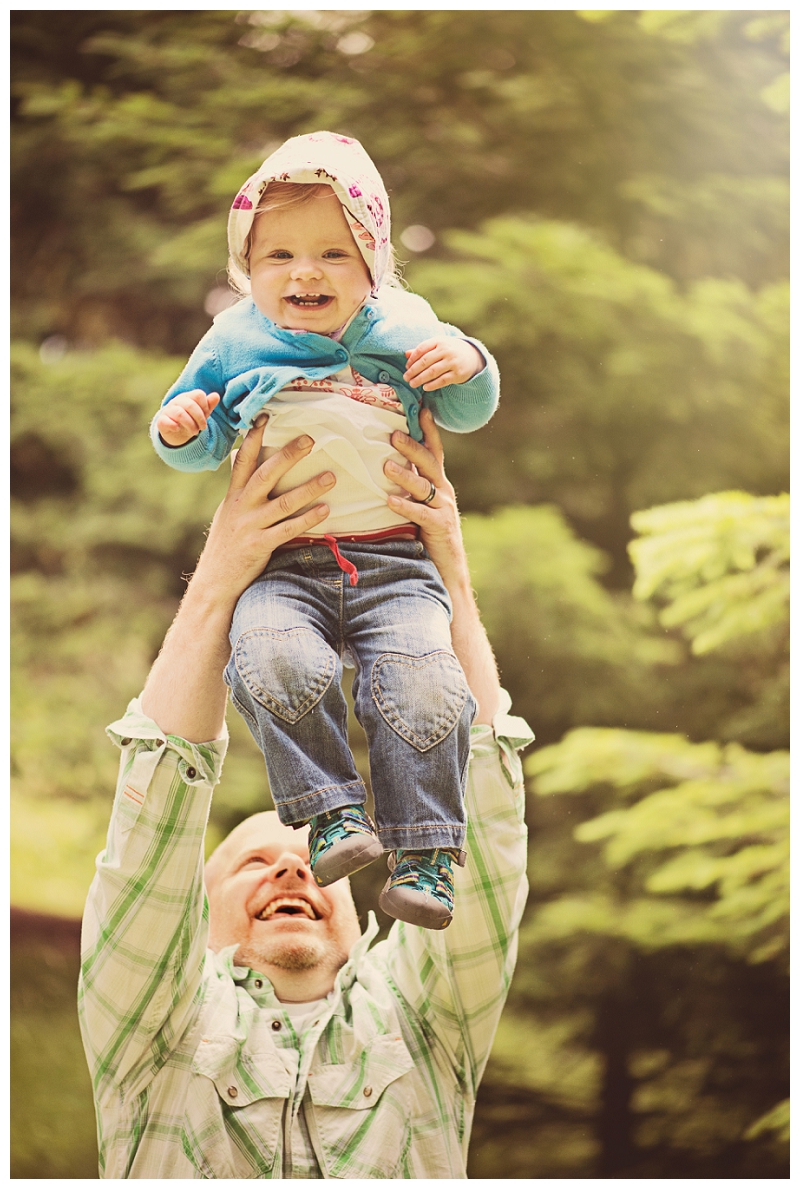 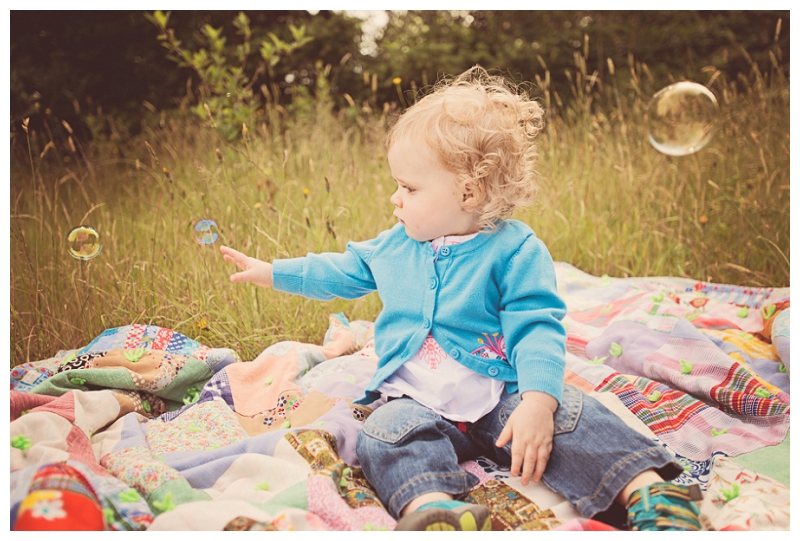 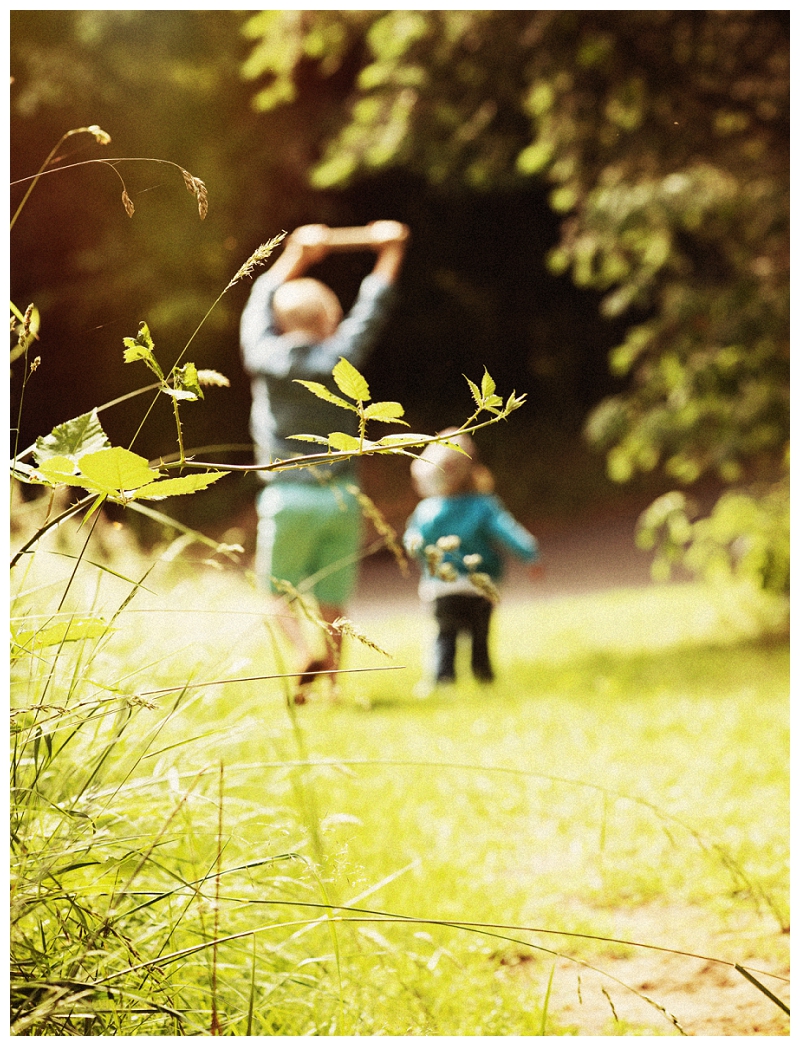 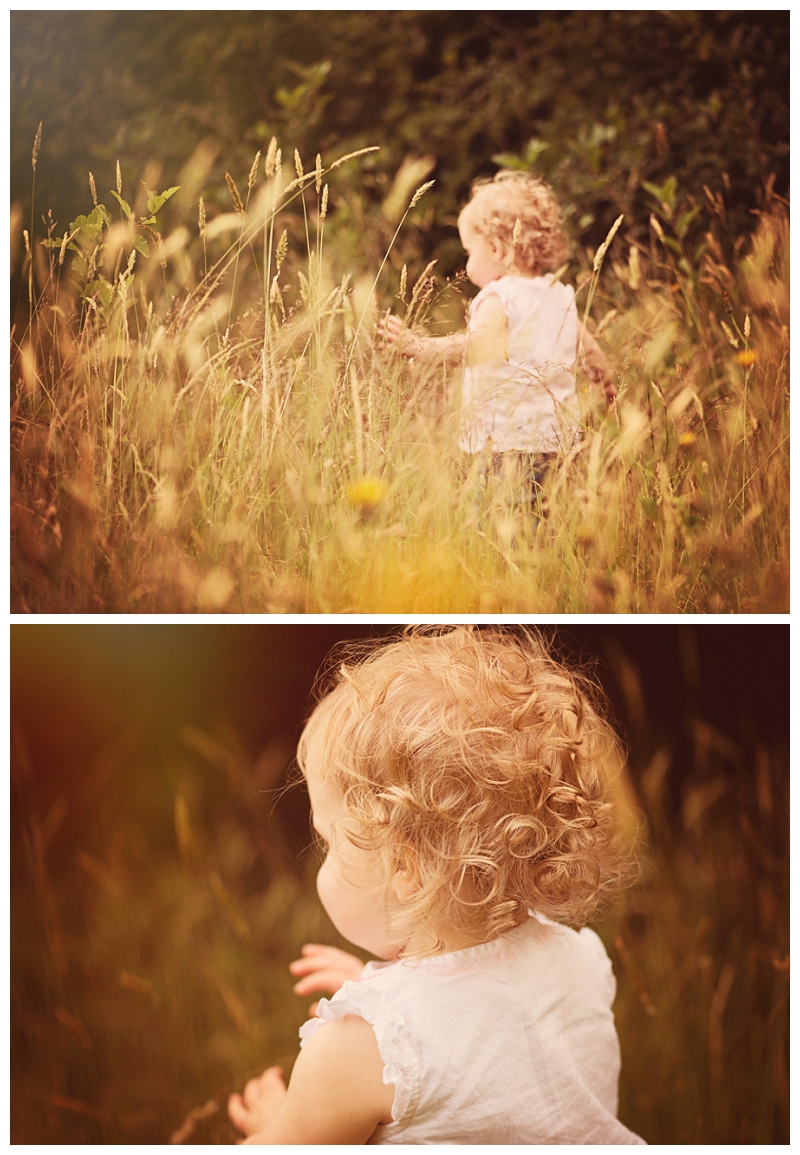 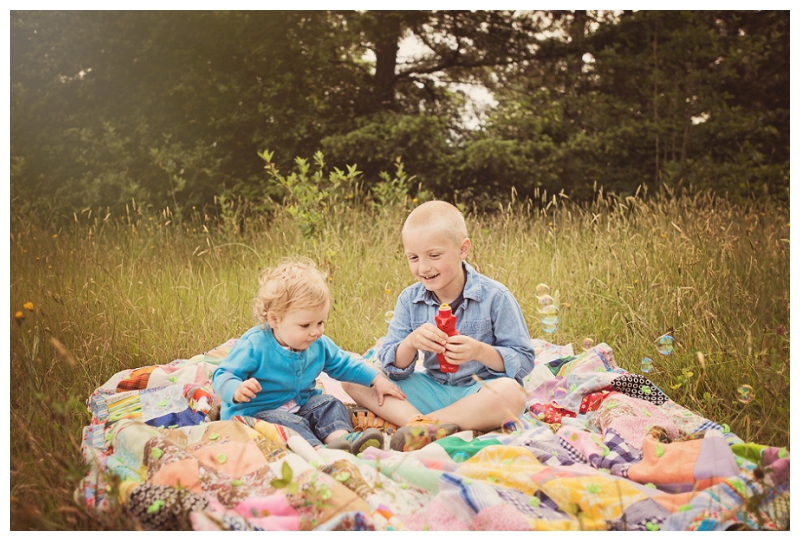 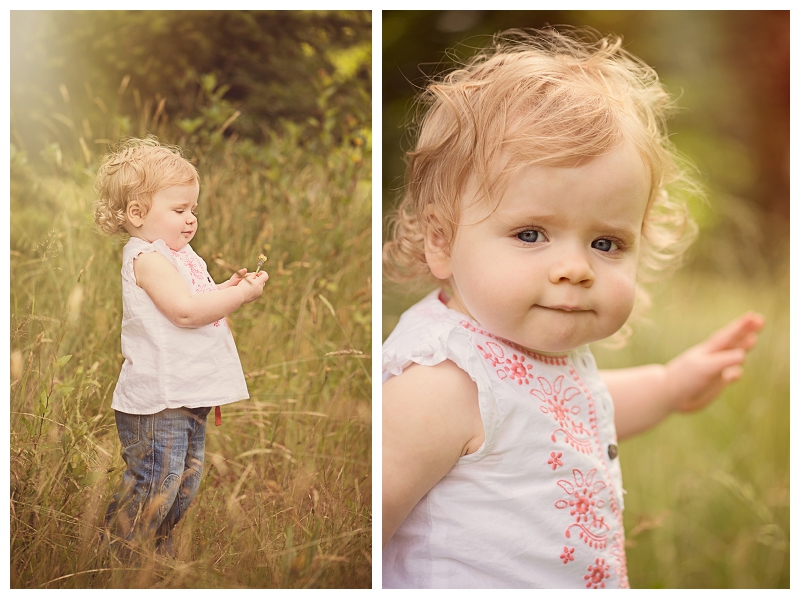 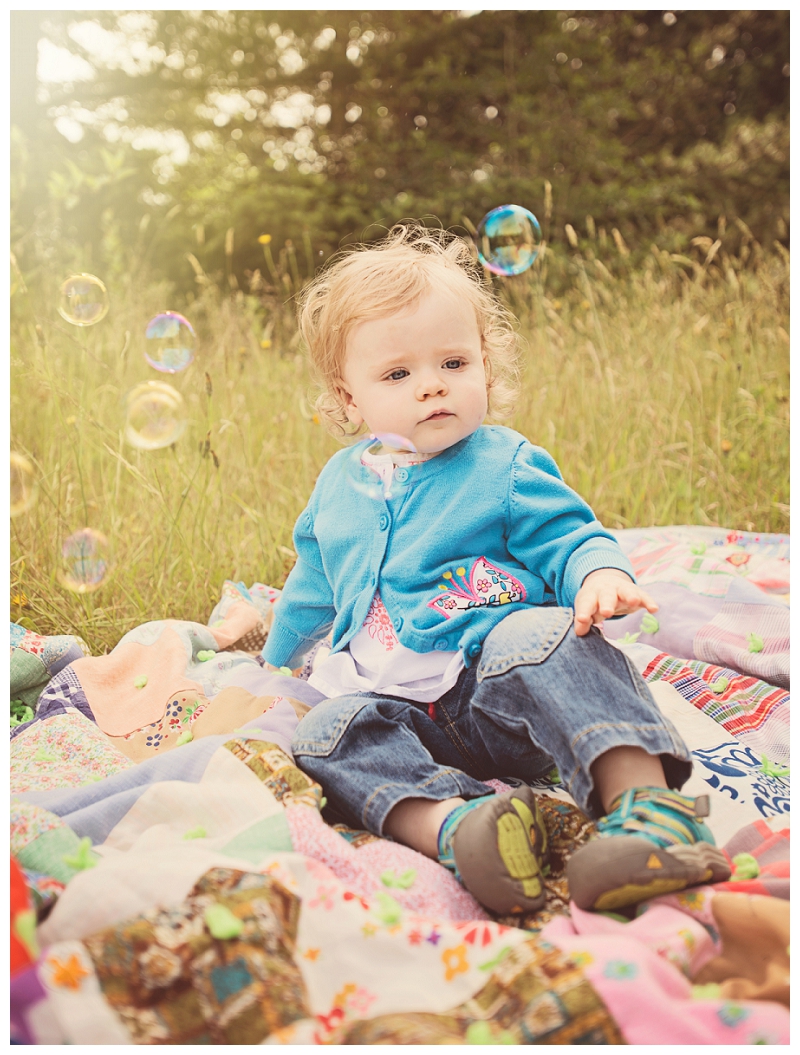 On a sun filled Seattle day my cousin, his beautiful wife, their two children and a baby bump came from Moses Lake for a photoshoot. Owen, the oldest, walked up to me in the very beginning and said: “I have a new tie!” and that’s when I knew it was going to be a fun session.

When people ask me what kind of photography I do, I always say: “I love to chase the toddlers around, I love to take pictures of families and sweet little babies.” For this session I got a little bit of all of that. I got to  run super-hero fast with Owen. I got to be silly and jump up and down in an attempt to get little max to grin and my favorite of all I got to capture an incredible loving family against the gorgeous backdrop of Discovery Park.

Warning: picture overload ahead! I had the hardest time narrowing down which images were my favorite so there are a lot of photographs in this post. I hope you enjoy them as much as I enjoyed taking them!

Meet Michelle: bookworm, fashionista, soon to be Cal Poly grad, and my sister-in-law. 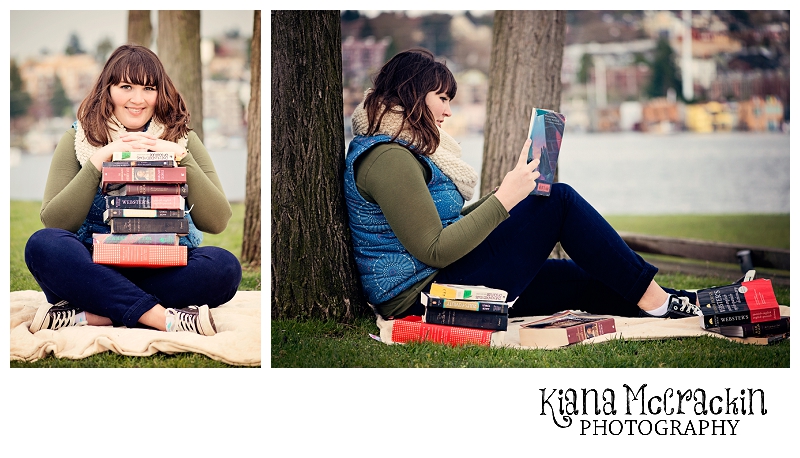 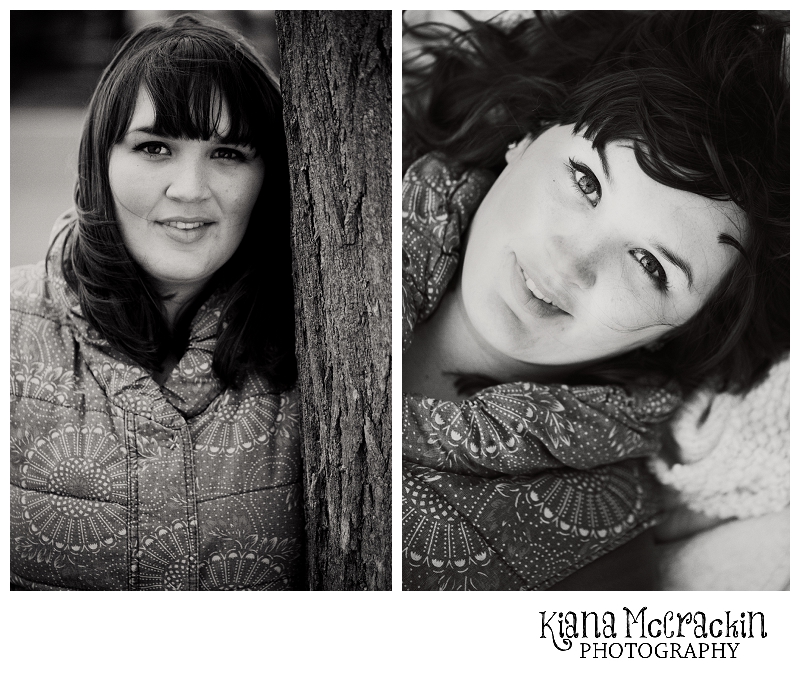 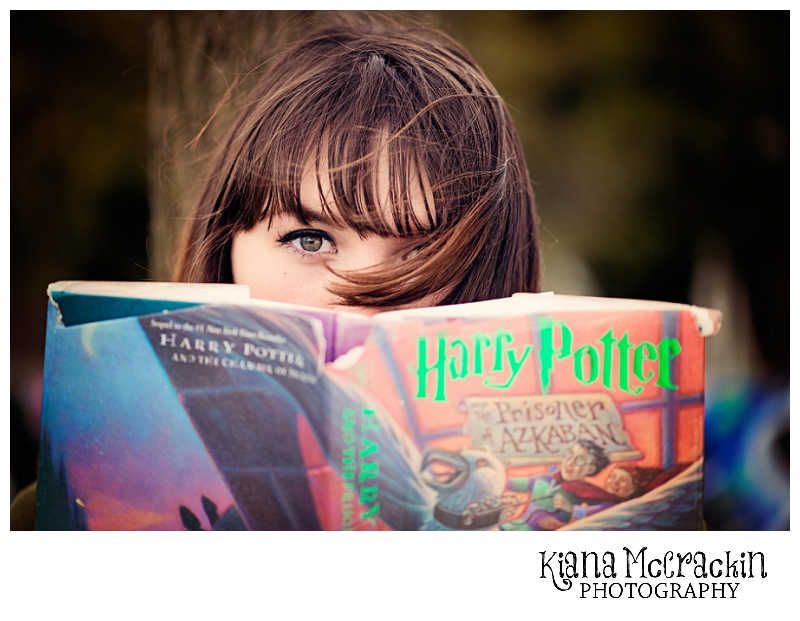 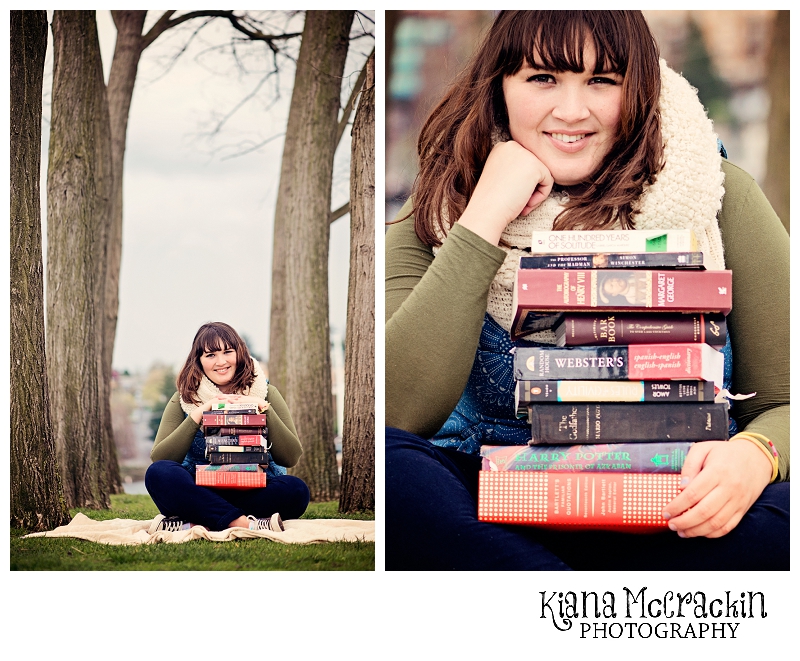 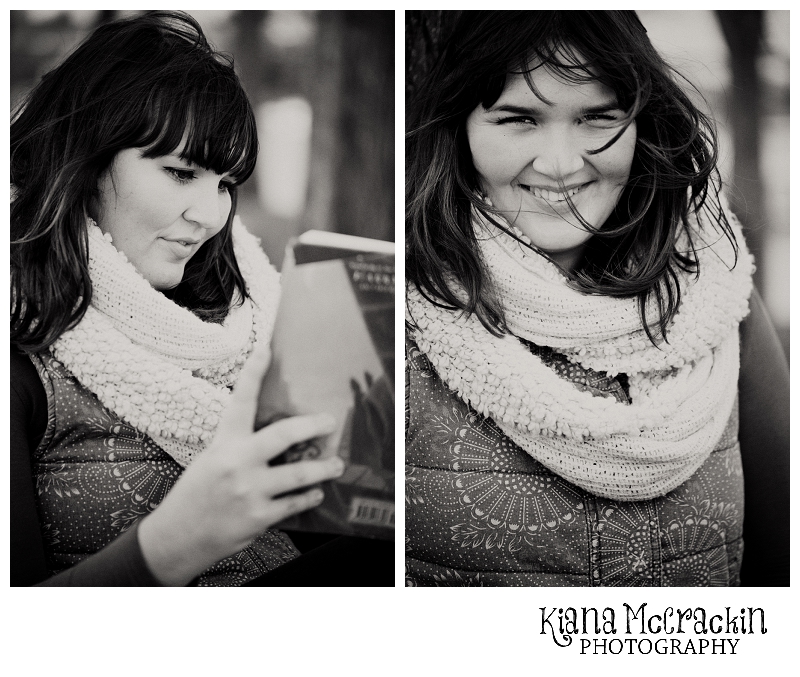 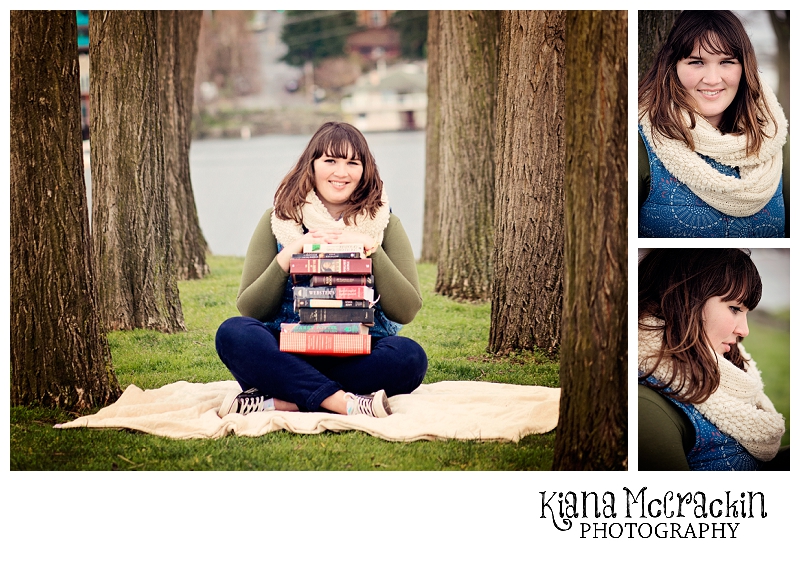 Many moons ago Hope came into my studio to do her maternity photographs. By the time she came back in for her premier Anders had already arrived in the world and I have been watching him grow since then! His one year shoot was a magical day…he took his first steps right in front of my camera! I feel so blessed that I could capture his grin as he wobbled a few feet toward the mirror in my studio.

Anders is a sweetheart and the perfect model because he always turns his head towards the light 😉 I can’t wait to watch him continue to grow and hopefully witness more milestones! 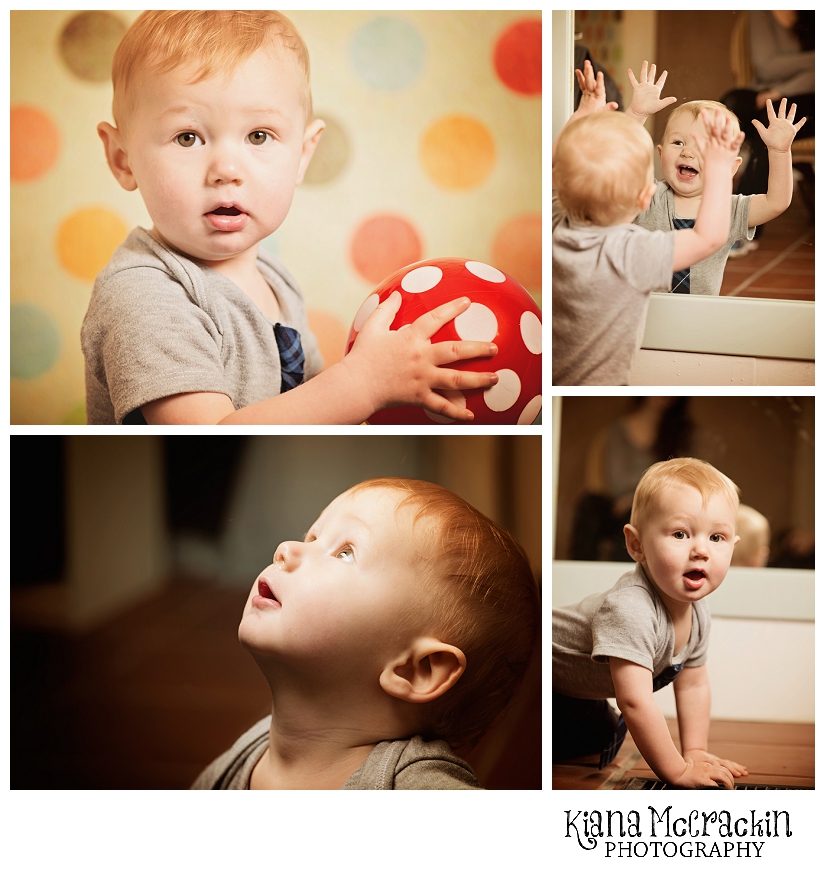 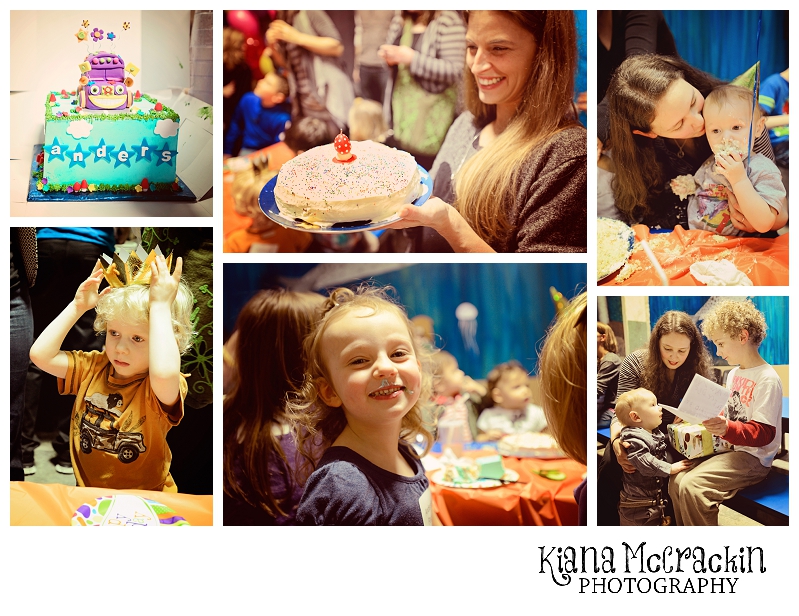 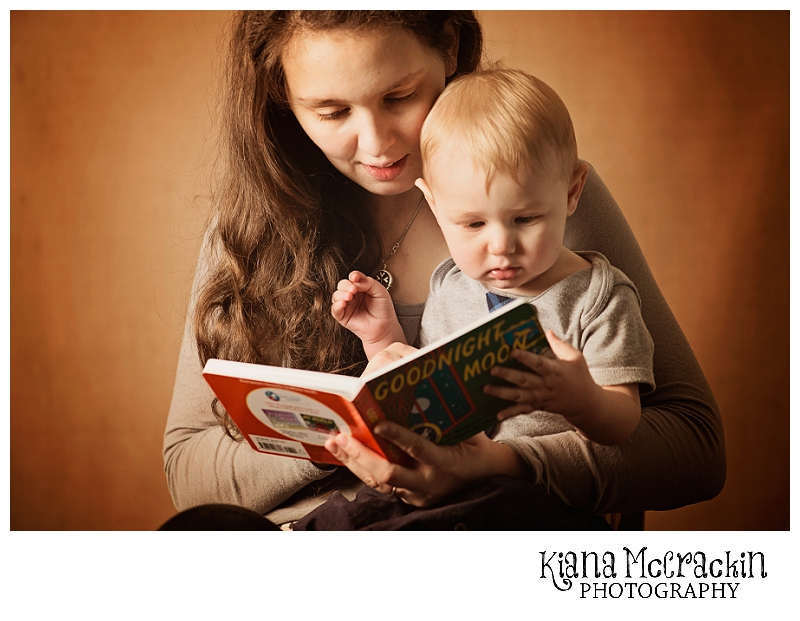 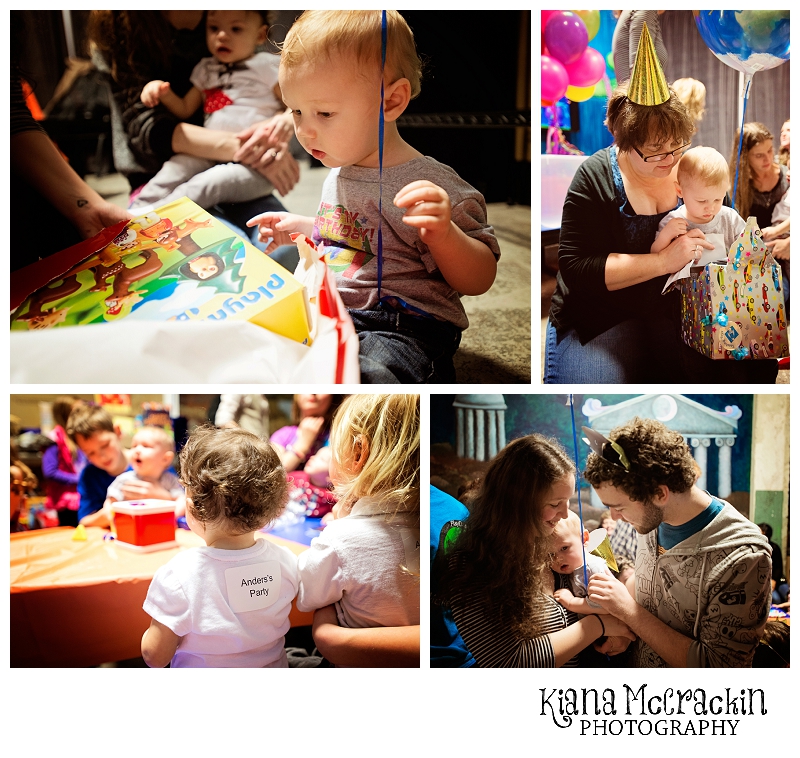 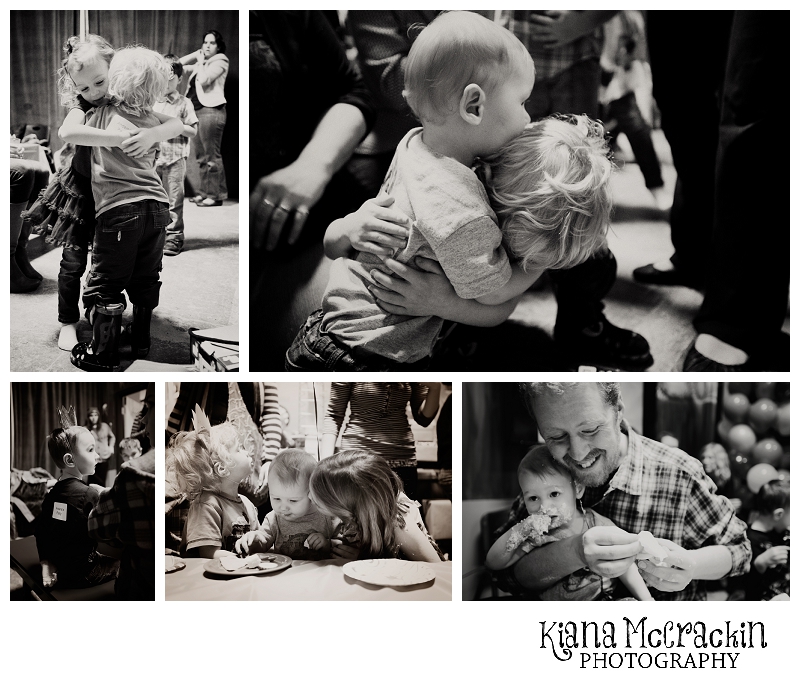 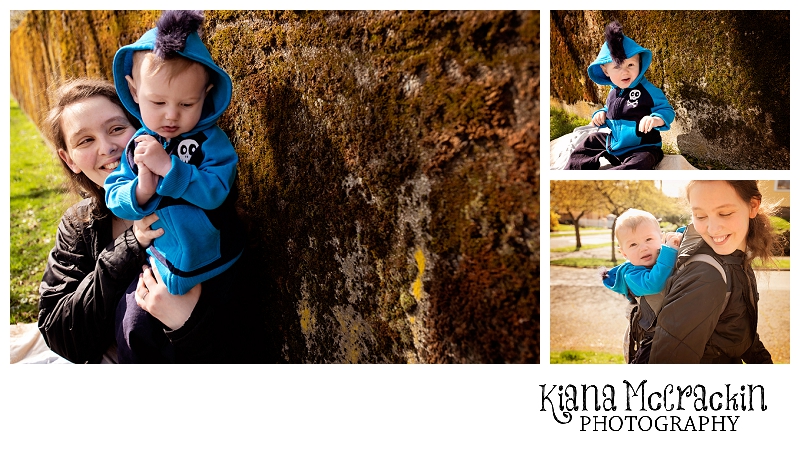 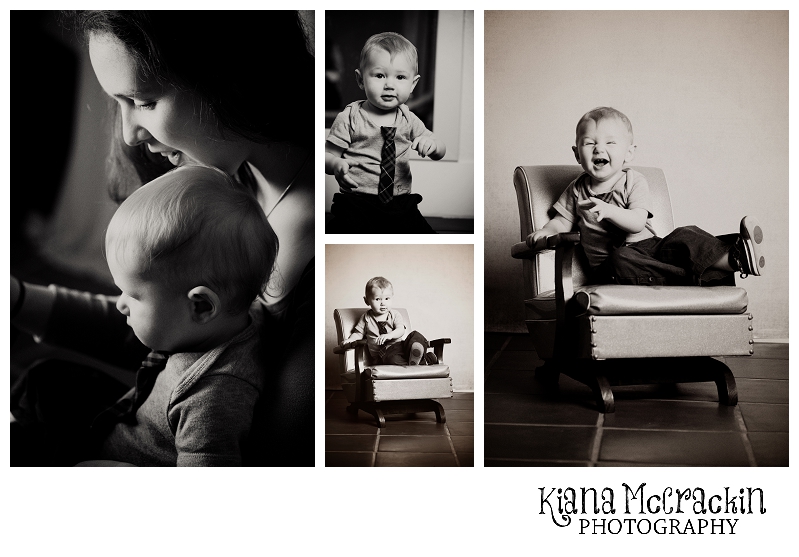 I was recently having a conversation with a dear friend about my business and what I create. We were talking about why I don’t just offer digital files but instead focus on beautiful heirloom products that won’t disappear on a hard drive somewhere. I told her about how I think portraiture is so important and that they should be loved and displayed instead of hidden and lost. Then she said something that changed my world. She said “I don’t think people see their family pictures as art.”

My little heart broke a little because I realized that she was right. A lot of people don’t see their family pictures as art. The thing is, I truly believe that life is art. That family love is the most beautiful and important thing on the planet. That babies grow into adults and the memories leftover from childhood should be cherished.

My apartment is covered with my family portraits…with my mom and brother in my childhood home. With my dad and I fishing at a pond in our neighborhood. With photos of my husband and I laughing and hugging. These are my treasures, my favorite works of art. These are the reason I love wall portraits. 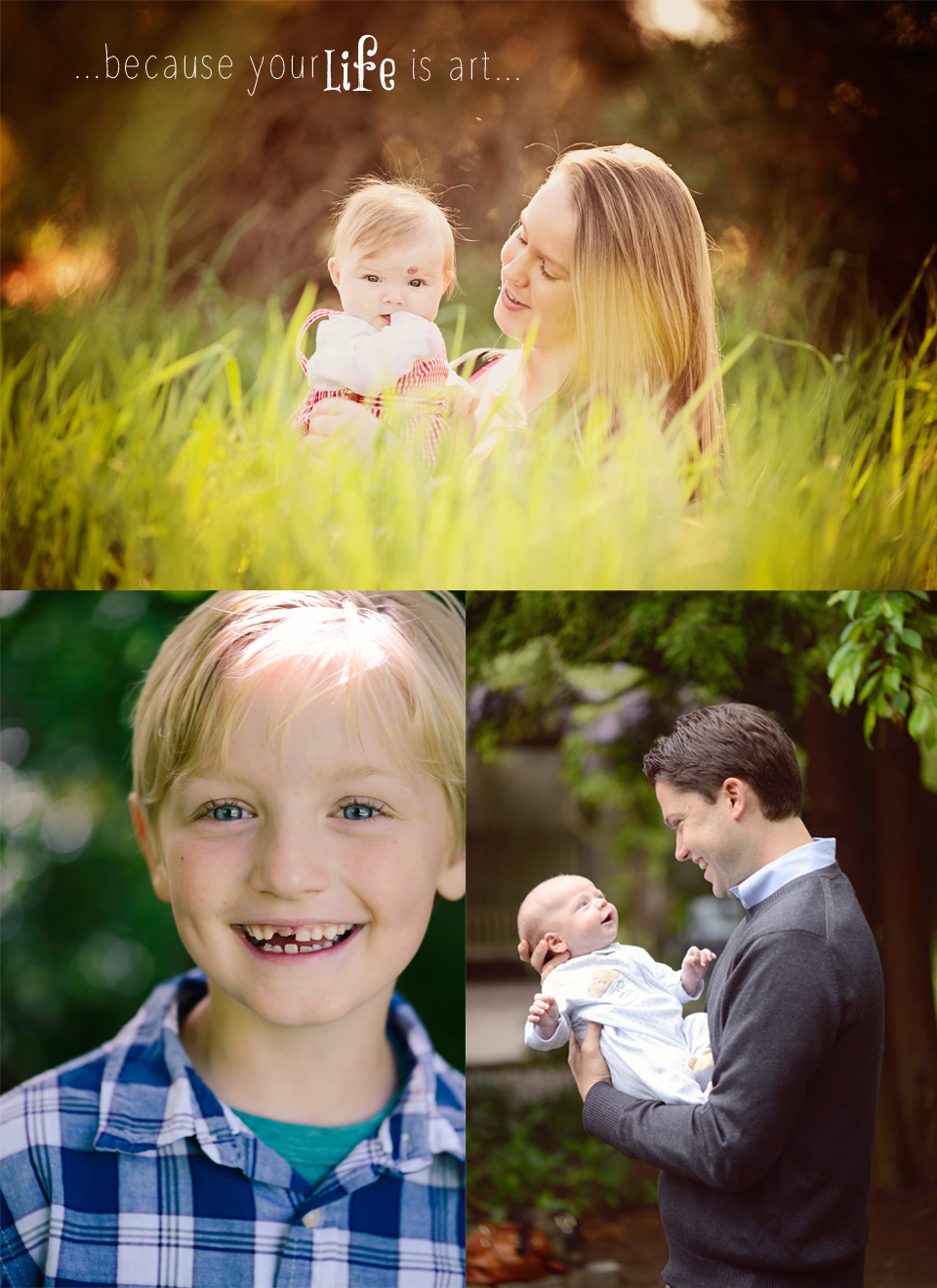